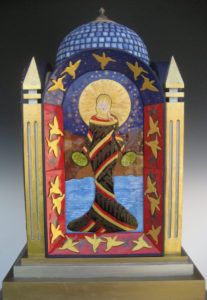 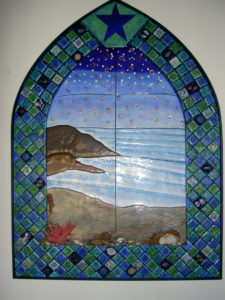 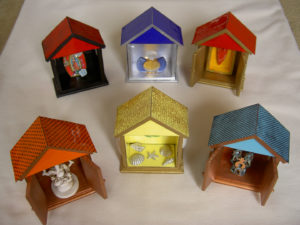 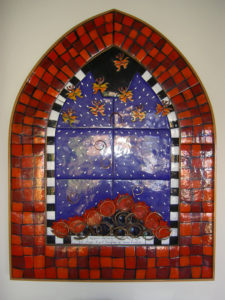 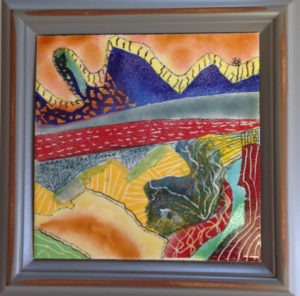 In Enameling I have happily found my art calling after experimenting with ceramics, collage, and drawing. And, excitement still comes when I find the right combination of ideas and design even though I have been enameling for over 40 years.

I received my BA in 1969 from San Diego State University and studied enameling at San Diego Community College with Emily Moser. I have enjoyed workshops with some great enamel artists including Harold Balazs, Harlan Butt, and John Killmaster.

I am a founding member of The Enamelist Society and since 1980 have been a member of the San Diego Enamel Guild.

My artwork has been exhibited locally in San Diego since 1980, including the Spanish Village Art Center (SVAC) Gallery 21 Glass on Metal in 1983 and the SVAC Small Image Shows in 2008, 2015, 2016 and 2018.  I also have had art exhibited at the Oakland Museum of Art Collectors Gallery in August 2008. As a member of the Flying Flux, I have been honored to show in the Enamelist Society International Exhibitions in 1995, 1997, 2005 and 2011, and at SVAC Gallery 21 Exhibitions and the San Diego County Fair.

I like working on large wall pieces that combine mosaic and layering with some found objects tossed into the mix. I hope my enamels tell you a story as many of my art works include words – some hidden, some scattered, and some in verse. In addition to enameling, I enjoy working in the paper arts and in the encaustic wax art medium. 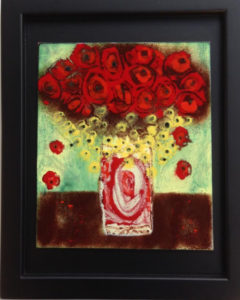 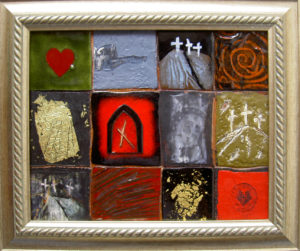 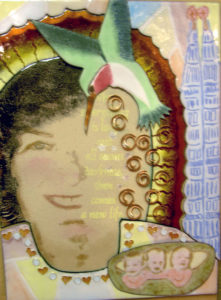 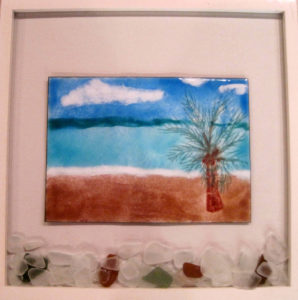